The Aryans started migrating into India approximately from 2000 BCE. Till 1000 BCE or so, the Indian subcontinent had only Tamil language as the only ruling and spoken language. 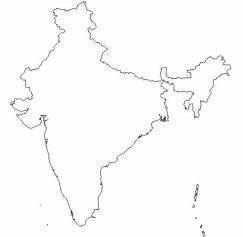 In this way only, the aborigines of India who spoke only Tamil language got divided into many races speaking different languages. If we closely analyze the languages spoken in India, we can find out that all languages of India took birth from Tamil language only. Therefore, all the different races in India were all Tamilians only once upon a time. Based on this clear-cut understanding only Gurudevar has been seeing all Indians as a single family. He has formed the Indhu Renaissance Movement as a common cultural movement of all the Indians.

Even though the Tamils have got divided into many races speaking different languages inside India itself, they all are following till today the Siddha Philosophy known as the Indhu Religion which was followed by their ancestors. This Indhu Religious principles have been remaining as the Culture and Civilization of all the Indians. That is why, His Holiness the 12th Pathinensiddhar Peedaathipathi has decided to use the Indhu Religion as the main device to unify all Indians and to bring about the Social Awakening and Political Empowerment.

This is what His Holiness calls as Revolution through Religion in India but not Revolution in Religion. The entire India should understand this great fact.

His Holiness Siddhar Arasayogi Karuwooraar has chalked out detailed action plans based on all of His experiences during the 18 years of Training period for the Pathinensiddhar Peedaathipathis. The main requirement now is to create in all the villages and cities Siddharadiyaans who have selfless attitude, discipline, courage and service mentality.

In order to achieve this aim, the Meignana kodi or the IMI Flag should be hoisted in many individual houses, temples and common places. Then many sangams, kazhagams, congregations, … etc should be formed in the name of the Tamil divinators namely Naayanmaar, Azhwaar, Tamil Scholars, Religious heads, etc. Each of these administration setups should have a President, Secretary and Treasurer to make it function solidly. If a thousand active members have joined the IMI, the required theoretical knowledge and practical experiences could be given through direct training classes.

These trained disciples would go around all the villages, towns, offices, workplaces, industries to actively spread the message of IMI. Through these, a silent, peaceful revolution in the social, political and economical realms would be taking place following the ahimsa principle of Mahatma Gandhiji. Gandhiji achieved our Independence only by singing religious devotional songs…….