Of all the Temples of Indhu Religion, the Thanjavur Big Temple alone has the longest historical background in this Indian sub-continent. This temple was built as a great revolutionary temple in architecture, temple science as well as Divine field. 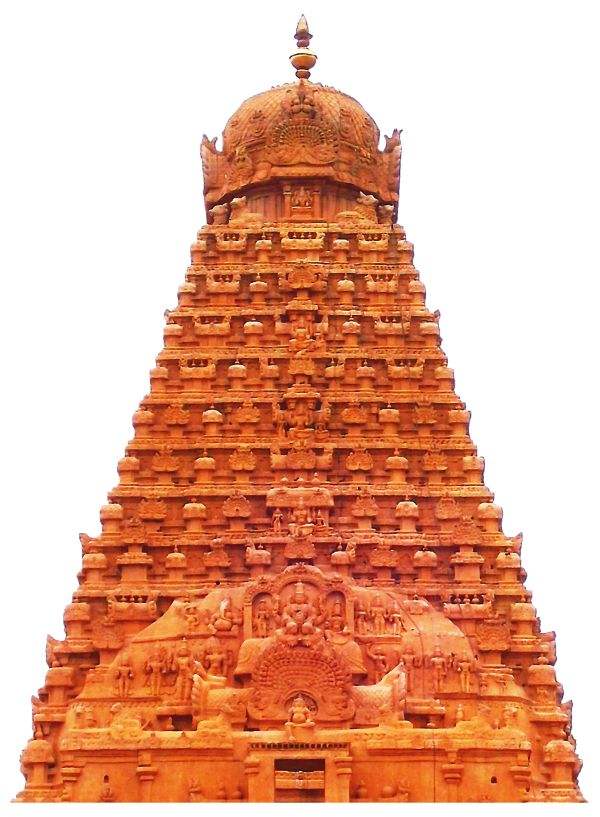 Particularly, this temple was built as one of the two novel temples in the fourth Yugam of Kaliyan Yugam in order to compensate for the losses and damages that happened to the Indhu Religion which is the Siddha Philosophy given by Pathinensiddhars. Of the two temples that were built using a revolutionary and newer divine technology, one was Karur Pasupatheesuvarar Temple and the other one was this Thanjavur Big temple.

Note:- There has been a written theory in scriptures that whenever there happens a downfall for Indhu Religion, Temple towers could be built immediately above the sanctum sanctorum to receive the celestial cosmic powers and protect the Indhu Religion as a whole.

According to this theoretical information, His Holiness the 10th Pathinensiddhar Peedaathipathi began to construct the Pasupatheesuvarar Temple on the banks of the Amaravathi River in Karur. He did this in order to compensate for the damages happened to the Indhu Religion due to the North Aryans’ interference and the destruction happened to the Lunar Dynasty Pandiya Kingdom of Indhu Religion. This Pasupatheesuvarar Temple happened to be a small temple. 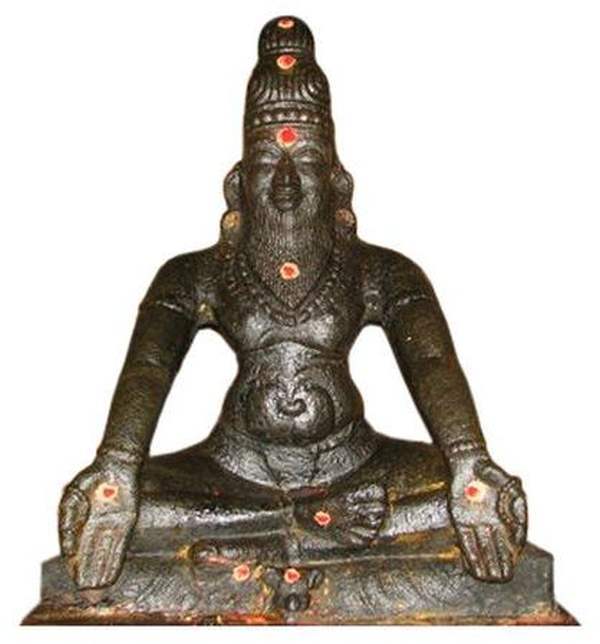 But during the period of His Holiness the 11th Pathinensiddhar Peedaathipathi, the Indhu Religion had got damaged to a greater extent. In order to recover the Indhu Religion and bring back the Tamils’ Kingdom as Divine Kingdom, His Holiness formed the Kingdom of Solar Dynasty with Thanjavur as its capital. For that purpose there was an immediate necessity to build a very big temple having the tower above the sanctum sanctorum. His Holiness the 11th Pathinensiddhar Peedaathipathi took up this great task and completed it successfully.

The first temple got constructed between 72 BCE and 47 BCE in a slow and steady pace using all types of Divine Arts and a variety of scriptures by His Holiness the 10th Pathinensiddhar Peedaathipathi Siddhar Amaraavathiyaatrangarai Karuwooraar. After Him, Naayanmaars, Aazhwaars, Pathiyaars, Sathiyaars, Sithiyaars, Muthiyaars, 48 types of Siddhars, Pathinensiddhars, … took birth successively in Tamilnadu to protect the Indhu Religion.

According to this Divine plan one could infer that in the Kaliyan Yugam alone a lot of unresolvable complications, difficulties, damages … would take place repeatedly in plenty. These could not be solved by anyone other than the Divinators. That is why the Pathinensiddhar Peedaathipathis, who emanate time and again, rejuvenate depending on the necessity all the temples around the country. (Here temple is a common word that denotes 48 types of worshipping places according to the Temple Science maintained by the Pathinensiddhar Peedaathipathis.)

In order to make Divinators take birth in all the human races in this world; the Pathinensiddhars have made arrangements in all the languages of the world to have prayer verses that have the power of giving the divine energy; They also have arranged to construct worshipping places that act as springs of divine energy in all the countries of this world. Through these arrangments, 48 types of divinators would take birth in all the linguistic races of this world. Yet the birth of a divinator in a particular race depends on the maturity levels attained by that race, country and its language. That is why, the Tamil language, the Siddha Philosophy alias the True Indhuism and the Tamil land are producing 48 types of divinators continually depending on the needs. The Tamil language is the mother tongue of the Pathinensiddhars who rule all the celestial space; The Siddha Philosophy alias the True Indhuism happens to be the native religion of the Pathinensiddhars themselves. The Tamil land is chosen as their native country by the Pathinensiddhars themselves. Thus the 108 types of Thiruppathis, 243 types of Sathi Peedams and 1008 types of Sivalayams have been created by Pathinensiddhars as the executive offices of this great, rare Divine Services Plan. Therefore Pathinensiddhars can alone inspect, repair, rejuvenate and remove the compications created by evil magicians to these executive offices namely the 48 types of worshipping places. 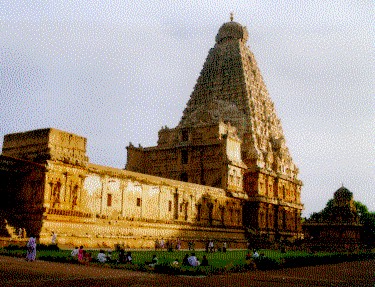 The Thanjavur Big Temple was one such a powerful temple built by His Holiness the 11th Pathinensiddhar Peedaathipathi, Gurumahaa Sannidhaanam, Sitthar Kaaviriyaatrangarai Karuwooraar. It is basically a Sathi Ilinga Temple. His Holiness also formed another temple at Kangai Konda Chola puram but left it in a thatched hut form. It is basically a Sivalinga temple. In addition to these two temples, His Holiness constructed a lot of Ilinga temples in many names at many places in the country. His Holiness also trained Divinators having 48 types of divine degrees in order to make the public use these temples for ever. His Holiness also trained many people selecting only those who have interest in public welfare. He trained them to become Siddharadiyaan, Siddharadiyaal, Siddharadiyaar. Through these disciples His Holiness conducted the five types of fire worships to form new Divine Service Centres, Schools of Wisdom and Meditation Centres to provide divinity as a practically usable one to the public. This great Divine Services Plan is the one that has been protecting the divine nature of the Tamil Race, the Divine Tamil and the very divinely Indhu Religion. This Divine Services Plan is the one that has been protecting the shape, life and actions of the Indhu Religion.